Today was Ben Affleck’s last day of filming for The Justice League and as Batman in his new “Tactical Batsuit”, and to celebrate director Zack Snyder shared a cool new image from the movie!

The image is dark, much like the hero himself, but you can see Ben Affleck’s new Batsuit along with some high tech goggles. Behind him appears to be a broken down Batmobile… that thing just gets beat up in the DC Extended Universe!

More amor seems to be the case here than the other one Batman is seen wearing in the Justice League group photo.

The suit is reminiscent of the “tactical” Batman uniforms from the past, including the practically-designed suit worn by Christian Bale in Chris Nolan’s The Dark Knight trilogy and the armor worn by the Batman in the Batman: Arkham Asylum video games.

Batman’s goggles are much smaller, more narrow and less obtrusive than the protective ones he wore during the events of the “Knightmare” sequence in Batman V Superman. Meanwhile, the armor plates of this suit lend him a slim, yet agile and dangerous, appearance. 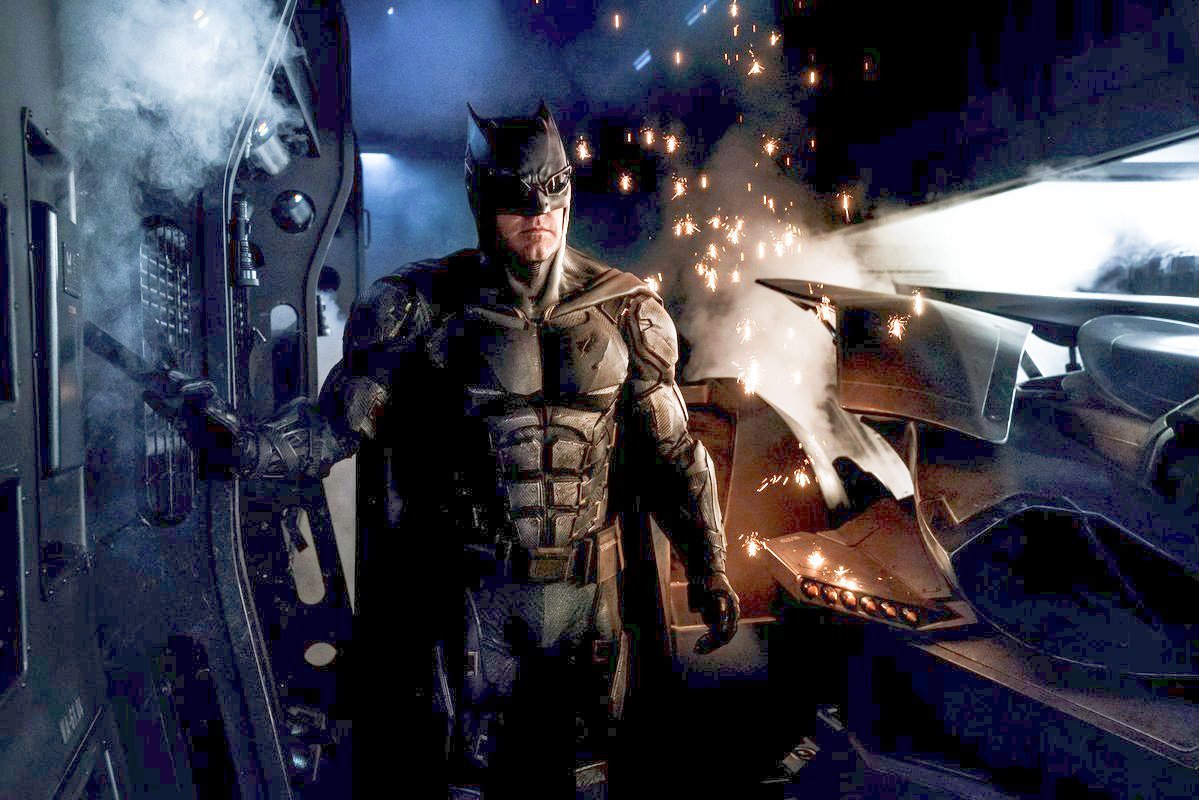 It remains to be seen what the circumstances will be in the film that motivate Batman to ditch his normal Batsuit in favor of this tactical gear. In general though, he’s going to be relying on the best in Bat-tech during the film – including, using the Flying Fox, a portable headquarters for the Justice League itself that can be glimpsed in the Deathstroke test footage that Affleck released online.

I'm not that impressed with the goggles on the cowl but seeing this image only makes me more excited than ever to see this film, I just hope we also see the original uniform from Batman V Superman again as I believe it's THE best ever costume for a live action Batman film.